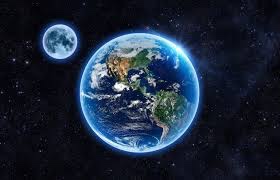 To say I don’t believe in gravity is a pretty big statement, and it is also false. I’d be a fool if I went around and tried to convince people that gravity isn’t real.

Sir Isaac Newton discovered gravity when he saw an apple fall from a tree and knew that some force must be acting upon it. He couldn’t see the force, and neither can you, but he knew it had to be there. He believed in something that he could neither see, not feel!

His discovery was lauded around the world and Sir Isaac Newton was considered one of our historic heroes. Whether the apple actually hit him on his head or not, as has been shown in many images and films, is up for debate, but there is no doubt that his discovery was life-changing. It was now easy to explain why we don’t just float off the planet, and why things fall if you drop them!

Astronauts were the first to experience zero-G, or the lack of gravity, as they blasted off into space. Once they left the earth’s gravity they could float around the spaceship’s cabin with ease. There are now ways to experience zero-G right here on earth, through the use of special aircraft or even amusement park rides, but there is no doubt in anyone mind that gravity is real, even though you cannot see or feel it!

Jesus is real! To some people that is a very controversial topic, but not to me. I cannot see or feel Jesus, but I know He is real! He has made major changes in my life, and just like gravity I must have faith in the unseen.

Jesus lived, walked, and died amongst us over 2000 years ago, so there was no possibility that I could meet Him in person. But some people did meet Him, and some believed that He was the Son of God, while others didn’t. Even after they saw Him perform miracles! But the believers were stronger than the non-believers and they continued to tell and write His story throughout the ages.

His story is now told in the Bible, the most translated book in the world, which is now available in whole or in part in over 3400 languages! That sounds like an awful lot of people believing in something that they can neither see, not feel.

And while it’s true that we cannot see or feel Jesus, we can certainly feel His effect on our lives as we come to know Him. I became a much happier and less angry person immediately upon accepting Jesus, and people around me noticed it too. I find myself much more accepting of others and their faults. The only reason for my change is Jesus.

So if you can believe in an unseen force that prevents you from flying off into space, why is it so difficult to believe in a powerful saviour who came to live with us, and gave His life so you may live?