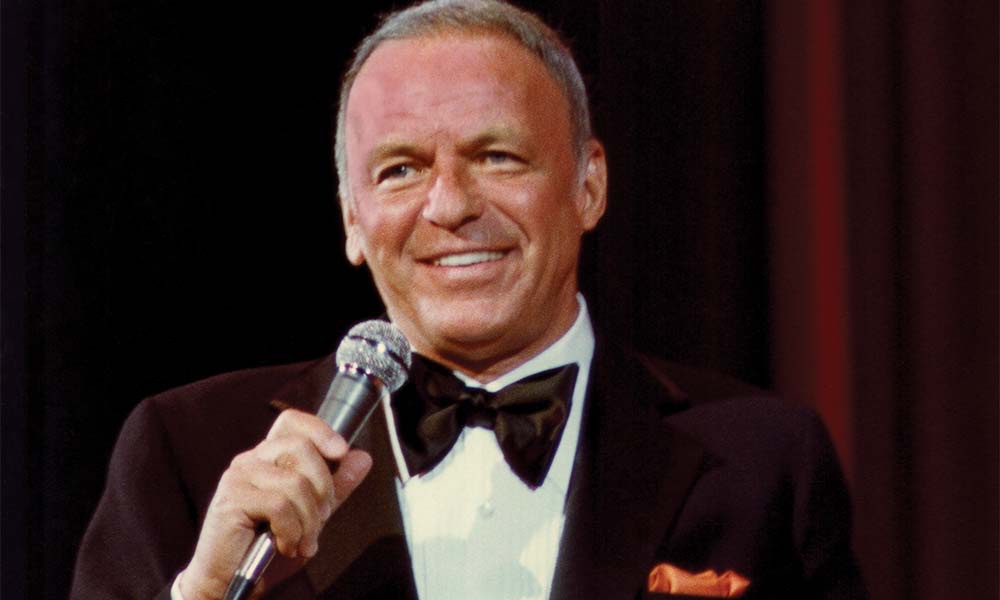 Jesus said to him, “I am the way, the truth, and the life. No one comes to the Father except through Me.”

Frank Sinatra, also known as “Old Blue Eyes”, made famous his song “My Way”. It was first sung by him in 1969 and became his signature song. The lyrics tell of a man who is near the end of his life and say that throughout his life he has done everything his own way. He was well-travelled, had ups and downs, had many loves, and had a few regrets. But never does he once mention God! Everything he did, he did it ”my way!”

But Jesus tells us in John 14:6 that we must not do things our way, but instead, we must do it His way! Doing things on our own without God will result in eternal death. Our time on earth is short compared to eternity and therefore we should be taking a walk through life that follows in Jesus’ footsteps.

There is a term, often used these days: You Only Live Once (YOLO). This term justifies to the user that their foolish actions, that may result in serious injury or death, are valid. If they get hurt or die, their friends say “YOLO” and all is good. If we go through life with that attitude, we are destined to end up in eternal death!

Prior to my arrest in 2011, I was a slave to sin, and had a little of the YOLO attitude. I was addicted to cigarettes and pornography, and figured that I was going to enjoy life to the fullest and not caring about what the future may hold. My arrest woke me a little, but not completely, so I still continued in my addictions. But God has ways of reaching you, and if you’re a long term reader of my blog, then you know the story of my conviction and being sentenced to jail. If you haven’t read that part then I highly recommend that you click this link and read My Story.

Just a few weeks prior to this I had attended Bible Camp in Saskatchewan and had a week of joy, love and sharing Christ. Each morning I got up early and went for a praise walk with a group of people, and then joined in a morning prayer session to pray for the speakers we were about to hear. I was moved and full of Christ and had an idea! When I returned to our church after camp, I approached the church elders and asked if I could have a brief prayer session with all who were part of the days Sabbath Service. And we did, for two weeks I led a prayer session before the service and shared the joy that I’d learned at camp! But Satan was waiting in the wings, and jumped at his chance!

I realize now, looking back, that Satan has been after me again since my baptism in 2017! But I was strong in my faith and followed God as much as I could. Did I sin? Absolutely, but I called upon God to forgive me and make me stronger, and He did. But then Satan opened a tiny hole, and squeezed himself through it, and I became ill. Sicker than I had ever been in my life, and in fact at one point in early September 2019, I was literally on death’s doorstep as I entered the ICU! My illness was Guillain Barre Syndrome and it was tough. It paralyzed me from the neck down and I had to have a ventilator and tracheotomy to keep me alive!

But even though I was down, and near death, I never wavered and I kept my faith in God! I didn’t do it My Way, I did it His Way! I pray unceasingly as the Apostle Paul tells us in Ist Thesslonians 5:16-18. In fact I had a poster of those verses taped to the wall in my hospital room, right across from my bed! And I began to feel better and stronger and at the beginning of March 2020, after seven months in hospital, I was discharged. Am I recovered? Absolutely not! I still walk with a walker or use my wheelchair, but I’m glad to be home and out of hospital and able to attend church each week!!??

Nope, can’t do that! Satan has dropped another obstacle in my way, along with most of the world. He brought us COVID-19, the illness that has shut down just about all activities, including church services, around the world. But he has failed again, because although COVID-19 is a terrible illness, and so we stay inside self-isolating, many churches, including mine, have set up online services to connect with parishoners!

So God is with us through our hardest times, when we decide to not do it My Way, but instead to do it His Way! We are redeemed in Him and kept safe in Him when we follow in His footsteps. COVID-19 will eventually go away and we’ll return to more normal lives, but remember to put Him first in everything that you do.

Maybe the world doesn't give us lemons?