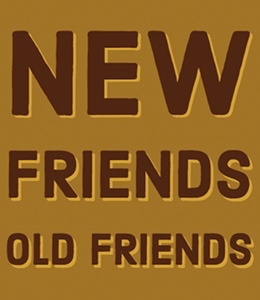 A man who has friends must himself be friendly, But there is a friend who sticks closer than a brother.

As most of you know I’m in hospital with Guillain Barré Syndrome (GBS), and in fact my stay was just extended. I was supposed to be discharged on January 30th, but I’ve now been told that it will be about March 15th before I can go home. My legs are just not recovering fast enough for me to be able to walk at home without incident. So while I’m extremely unhappy that I must spend more time in hospital, I also fully understand the reason.

This has been a very interesting experience for me. I’ve always been able to take care of myself, and being a truck driver away from home 5 days a week, I had to. But in hospital especially with a illness like I had took that away from me. Slowly I’m regaining a lot of independence in my activities and actions. I have full freedom to come and go from my unit, and I spend a lot of time exploring the hospital, this place is massive, and exercising my arms while I push my wheelchair around. I meet people in the hallways that I’ve seen in various units that I’ve lived in over the past five months. And I meet new people every day.

And not only do I meet new people, I also meet old friends. I had a friend, Diana, who I hadn’t seen for years, and one day she magically appeared at my bedside. Her husband was quick to point out that “he probably doesn’t recognize you!” Which was true because it has been many years since we’d seen each other. Since then she’s been back a few more times and we’ve had some interesting conversations.

And there’s new friends and surprises too. When I regained the use of my hands I made a sarcastic tweet on Twitter that I was really missing my Timmies (Tim Hortons is a coffee and donut shop mainly in Canada). It was just idle chatter, but Dawn, a Twitter friend I’d never met, arrived at my room with coffee and donuts! And Darcy, a Twitter friend and a farmer from close to my hometown, ended up in the same hospital with a major injury to his hand. While we never got to meet each other in person, we did send messages back and forth and had a little fun. He was discharged and then in late December a gift box arrived full of snacks and goodies from him, just to cheer me up.

On Twitter I’ve made many new friends. Some asked me for my address, and suddenly I was receiving Get Well cards and Christmas Cards from all around the globe. It was fun to wait for the mail to arrive each day and see the reaction of the staff as more cards arrived. The wall of my hospital room is full of the cards I received and I call them my “cards of happiness “ to keep me going on my bad days. I’ve spent many hours chatting with new friends and sharing experiences.

And just last week there was a knock on my door and two strangers, a man and a woman, were at my door. They may have been strangers, but I knew immediately who they were. Our church has just hired a new pastor and that is who arrived at my door along with his wife. We immediately hit it off and had a very long conversation and I know I look forward to listening to him preach when I leave here. They left and about five minutes later, his wife returned with a bag of food. A salad, a fruit salad, a croissant and muffin, a fruit smoothie and fresh fruit. The one thing about hospital that I’m struggling with is the food, and on that day I had a really good feast from a new friend.

You never know where life is going to take you. By the time I leave the hospital I will have been in here longer than I spent in jail. This is a much better and friendlier experience though. The nurses and aides are here to help and make life bearable, whereas the jail guards are there to keep you in line. I remember one particular nurse in the ICU that noticed that I hadn’t shaved for a while. I was paralyzed from the neck down at that point. She asked me if she could shave me and I told her I’d love it. For the next half hour she shaved me with the cheap razors that the hospital supplied. It took SIX razors to take care of my scruff and it was painful at times. But the fact that she went out of her way and did something that wasn’t her responsibility made it really special, and another new friend was made.

No matter where you are or what you do, there is always a chance to make a new friend or rekindle and old friendship. God realized that Adam had no friend that he could fully relate to and so God gave him Eve. God doesn’t want us to go through life’s journey alone, he wants us to have companions along the way. Whether they are fleeting relationships or lifelong friendships, we should always be in the lookout for a new friend.