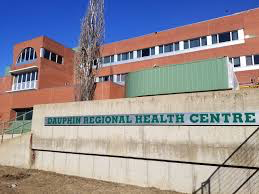 I am the way, the truth, and the life.

[Editor’s note. I am a day late for reasons that will become obvious. And secondly, this post was composed completely on my iPhone so if it looks a little weird, that’s why. ]

Well life takes some interesting turns. At the beginning of August I developed a pain in my left hip. Through the weekend I had difficulty sleeping, but I didn’t think much of it. On Tuesday I went off to work as usual. I had some strange feelings in my legs, but I just thought it would clear up. I told my wife about the symptoms and she called a doctor and she was told that I should see a doctor right away. Unfortunately by this time I was far down the road and getting further away.

Throughout the day things deteriorated quickly. I had trouble climbing into my truck, and doing any work, even if it only required a little effort, left me breathless. I advised my company that I needed to get home ASAP, and although it was a struggle it was arranged for me to get back Wednesday evening.

My wife picked me up and we headed off to emergency. After a number of hours and a few tests, I was discharged with a diagnosis of a viral infection and told it would take 48-72 hours to run its course.

On Friday morning I woke up and felt much worse. I called a service that answers health questions and was told to go back to hospital. When I arrived I was placed in a wheelchair and waited my turn. As things go, I needed to go to the bathroom, and I tried to stand up but couldn’t. A nurse wheeled me into the bathroom and I grabbed the handicap bar to pull me up and my legs buckled under me and I ended up on the floor. I was rescued by the nurses but I now realized that my condition was getting much worse.

I had walked into the hospital, but I wasn’t about to walk out. I was run through a battery of tests and I’ve given a pile of blood to be tested, but so far had no conclusive diagnosis. But what is a fact is that I am in hospital for the first time since I had my tonsils removed at six years old.

Throughout the weekend I lay in bed, most of the time just staring at the ceiling or playing on my phone. I got a number of visitors and my condition continued to deteriorate. On Monday work began to determine what was wrong and after a CT Scan and a Lumbar Puncture, it was determined that I had Gillian-Barre Syndrome. This is a rare degenerative neurological condition that attacks the body starting at the toes and moving up. There is no cure but there is treatment. I’ll get into that in a later post.

What I have found over the last few days, however, is that being in hospital is much like being in jail, with a few exceptions. Now you should all know that I was in jail for seven months in 2014, but if not you should read My Story.

While in jail I was at times restricted to my cell as I am now. Food was brought to me when they decide, and I have no menu choices. My day is planned by others who decide when they’ll come to see me and if they’ll help me. My drugs are handed out on their schedule, not mine. Much of my life is programmed by others as it was in jail.

But there are also vast differences. For one I have visitors all the time. On Saturday my church group arrived and I had 12 people in my room singing and praying with me. I also have access to my phone and the internet, which gets me access to the outside world and contact through Facebook, Twitter and this blog.

As I do have an illness that is going to be a long-term thing, I’d now like to ask that you include myself and my wife Judy in your prayers through this difficult time. We’ll overcome this too with our faith and strength in Jesus Christ. And now I have a whole new story to tell.