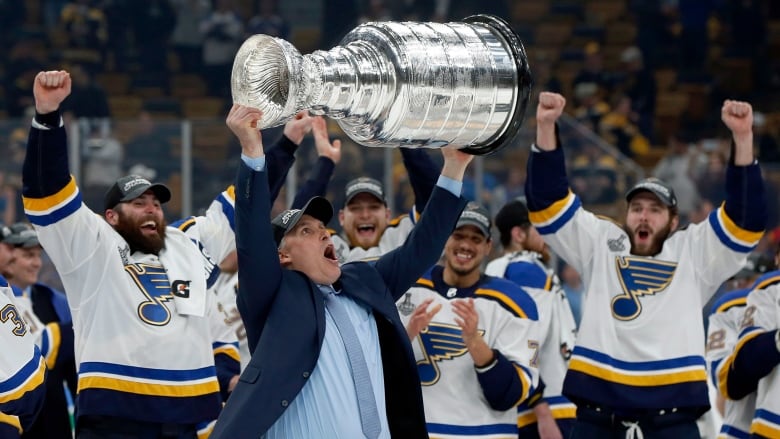 On Wednesday June 12, 2019 the St Louis Blues won their first ever Stanley Cup. It took 52 years to get to this point, mainly because most people feel that the Stanley Cup is the hardest trophy to win in professional sports. The season lasts for 82 regular season games, and then the playoffs begin. It takes 16 wins in the playoffs to hoist the Cup, and that is a gruelling and painful time for many of the players.

But what happened on Tuesday and Wednesday leading up to Game Seven in Boston completely changed the final game for many people, myself included.

An 11 year old girl by the name of Laila Anderson, who was a huge fan of the St Louis Blues was given the royal treatment and became a superstar in her own right, but her story should be an inspiration to all of us.

Most of us first met Laila in the video below, that eventually went viral:

Laila was diagnosed with an extremely rare immune disease called hemophagocytic lymphohisiocytosis (HLH). Its so rare that there are only about 15 known cases worldwide! Laila’s illness had resulted in her being treated with chemotheraphy and as a result she’d been hospitalized and isolated for over six months.

When the St Louis Blues heard about Laila’s condition they befriended her and adopted her. She’d been a fan of theirs for a long time, and now they were returning the favour. And a Cinderalla story was developing.

In January the St Louis Blues were at the bottom of the NHL League, but now they were in the Stanley Cup Finals against the Boston Bruins. Just prior to Wednesday’s game seven final, we began to hear about Laila. The initial video of her mom telling her that the Blues had invited her to join them in Boston for game seven is a heart wrenching video. She couldn’t believe they invited her, but even better is that she couldn’t believe her doctors were allowing her to travel! But they did and she was off to Boston to watch history in the making.

The St Louis Blues entered the NHL in 1967 and to date had never won the Stanley Cup. But that was all about to change. On Wednesday June 12, 2019 in Boston, the St Louis Blues beat the Boston Bruins by a score of 4 to 1. And the celebration was on.

Until a few days ago very few of us knew who she was, and now her name and picture are everywhere. The Blues did an excellent job of including her and bringing her illness to the forefront, and they’ve developed a connection with will probably last a lifetime. Seeing her, a small 11 year girl, surrounded by these tough hockey players showed us what life and sports is really all about.

Its much more than just a game, its life, and we all need to celebrate life’s accomplishments.