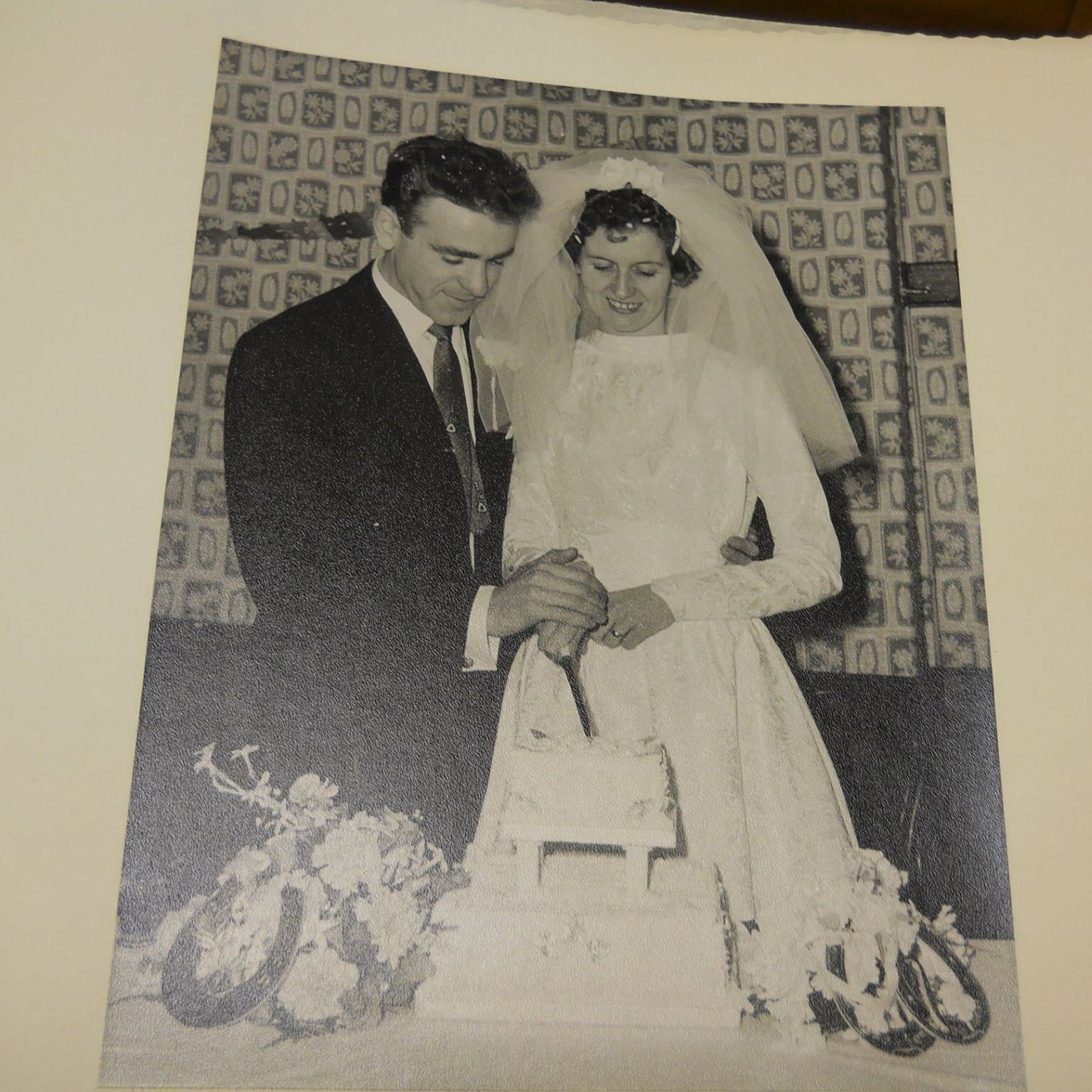 Honour thy father and thy mother: that thy days may be long upon the land which the Lord thy God giveth thee. Exodus 20:12

A Tribute To My Mom 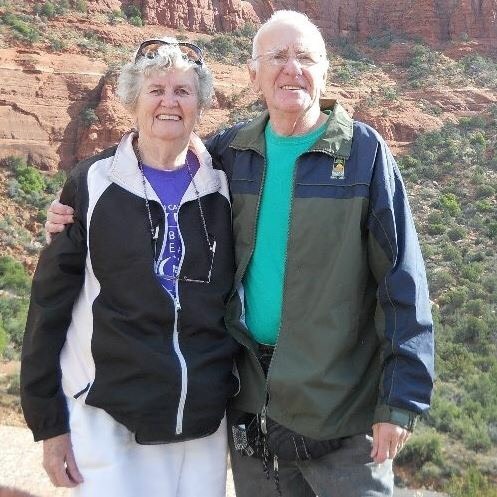 Mom and Dad on one of their many travels together (2013-Sedona, AZ)
My mom was the leader of our family for as long as I can remember.  When my brother or I needed anything, we went to mom, it was just that way.  She ran the household, did all the finances, and even according to my dad, she was instramental in the decision to leave England in 1972 and move to Canada.  Throughout my life, it as mom that made all the major decisions that affected our family.

Mom was tough as well, she was never afraid to speak her mind, to me or anyone else.  For much of my life, even into adulthood, I was fearful of her reaction to certain things, and that certainly influenced what and how I told her things. In 1985 when my then girlfriend (now my wife) got pregnant, I was terrified of telling her, so I wrote her a letter and left it where she’d find it, and then I conveniently disappearred for the weekend. Although she probably knew, I never told her that I was a smoker, even as an adult.(something that I have since given up).  I was honestly fearful of how she would react to any negative events, so telling her I was going to jail was impossible! And I live with that decision now and for the rest of my life.

Before I went into jail, I knew my mom was not well, but really didn’t know how bad it was.  During my incarceration I heard from my wife and my brother that she was getting worse.  Every night I prayed for her health, but most of all I prayed that she wouldn’t die while I was in jail.  God did answer those prayers and when I was released in November 2014, mom was still with us.

Mom and dad had wintered in California for the last number of years, but with mom’s illness (probably ALS or Lou Gehrig’s disease), travel to the USA became impossible, so they headed west to Vancouver Island for the winter. They’d be closer to my brother who lives on the island, and also away from the brutal cold of Manitoba’s winter.

Due to my early release in November, I had some strict restrictions placed on me, especially on my ability to travel (more on this in a future post), so it was mid-December before my wife and I headed west to Vancouver Island. We made this trip without telling my parents we were coming. It took two days to make the 2200km trip.

The morning after we arrived, I went to visited my parents at their rented cabin, my dad opened the door and was shocked (surprised) to see me.  Mom was sleeping, as her illness had progressed and was sapping all her energy.  When she came from the bedroom, she gave me a hug and sat down.  A few minutes later, when my brother walked into the cabin and she saw both of us, she broke down in tears.  I can only assume that since she didn’t expect to see me, she thought I was my brother, even though we look nothing alike.

Mom had lost her ability to talk, and couldn’t really eat.  She lacked muscle tone and everything was a struggle for her.  The one thing that was not missing though was her mind, and I think that frustrated her more than anything.  She would try and try to talk, but it was impossible to understand her.  She would eventually write down what she wanted to say or ask, but it was slow and frustrating.

We spent almost a week on the island with them, but due to my restrictions, I needed to head back home.  With a final hug, we said goodbye and headed back to the prairies. This trip was not uneventful but I’ll detail that in another blog post. That hug would be the last hug I ever gave to mom.

Her illness progressed until dad wasn’t able to care for her.  She ended up in hospital on the island, and on February 21st 2015 (3 years ago today), mom passed away.

Although she was a tough and harsh person, I know that deep down she loved us all. I wish I could have the seven months back that I spent in jail.  I never got to have a final conversation with her, and I regret it. I’m not sure what she thought of me ending up in jail, because we didn’t have chance to talk about it.  I have many regrets, but I cannot change anything, so I have to accept it.

After her passing, I took one thing that I know she valued, and I value too.  Her Bible, given to her by her two older sisters on her 13th birthday in 1950.  Its displayed on my wall in my house and will always be a cherished possession. 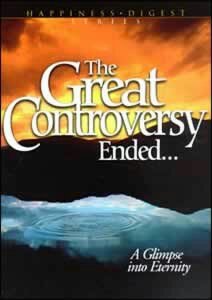